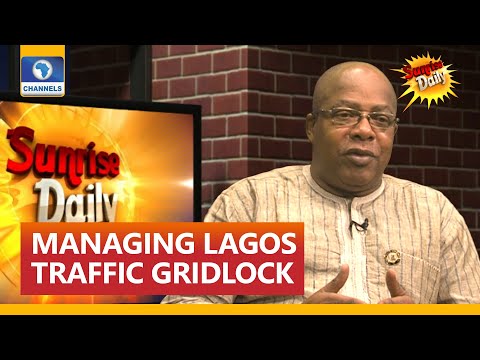 The General Manager of Lagos State Traffic Management Authority (LASTMA), Olajide Oduyoye says the motorist who knocked a police officer over a bridge in Lagos will be charged for attempted murder.

A viral video that made the rounds on Thursday showed a sports utility vehicle tipping a police officer off a bridge into a canal while trying to escape arrest.

Reacting to the incident while appearing as a guest on Channels Television’s Sunrise Daily, Oduyoye revealed that the driver, Sunday Okodo, has been charged to court with two counts of attempted murder and traffic violation.

The LASTMA GM said the police inspector identified as David Zapaina, has been discharged from the hospital with non-life-threatening injuries.

“He is alive and he has been discharged from the hospital but it is more like he needs to seek more local intervention to reset his bones,” the LASMA boss noted.